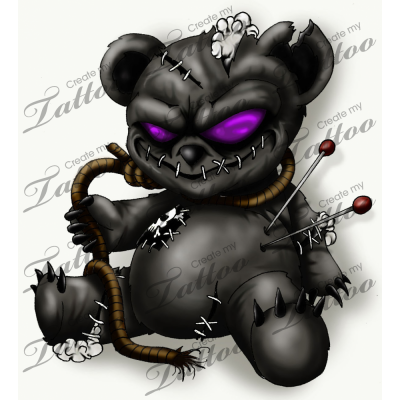 Been working on the story again and I keep thinking this thing over and over. Charlie and I are having the same thoughts. We know how well a story can really get into our lives and become very real to us. I just hope that this one doesn’t affect us in a bad way.  I hope you enjoy the excerpt and please feel free to leave feedback. Thank you!

All excerpts from Pray to the Shadow-man, copyright 2015 by Wendy Siefken

How do you stop something not borne of flesh and blood but of thought, need and prayer?

A shrill scream from a child from down below sent John and Dan racing back down the stairs to find the locked door now open and police officers backing out of the room. John pressed forward until he stood in front of everyone and froze. A young boy lay tied to the bed in the middle of the room. His small frame showed malnutrition and wounds from his restraints. It was obvious by the smell he had been tied to the bed for several days.  Right now, he was screaming staring with terrified eyes at the men gathered at the door.

Backing out of the room, John said, “It’s all right, son no one is going to hurt you.” He closed the door partially to shield the boy. “Get Detective O’Neal up here ASAP, tell her to dress in street clothes, and also get an ambulance here. We need to find out what this kid knows. Jesus how the hell did he survive in this house of horrors,” John said as he moved back into the room to talk soothingly to the boy.

“Hey, hey, son, what’s your name? Huh? My name is Detective Casey. I’m a police officer and we are here to help you. I want to take those things off of you; will you let me do that?”  The boy had stopped screaming but he continued to stare at him with terror-filled eyes. Every muscle in the small frame shook with fright. “Shannon is coming up here to help us out, o.k.? she is a really nice lady, I think you will like her.” John said as he edged just a bit closer to the bed not wanting to traumatize the child any more than he had already been.

Within a few minutes, a knock came to the door. A muffled, “May I come in?” came through the door.  John looked over at the boy laying on the bed who gave a brief nod. “Come on in Shannon.”

A pretty blond woman whose hair now tumbled down around her shoulders, edged her way into the room around the door, continuing to block what was happening out in the hallway. Shannon was a small, petite woman who wore a blue blouse but still wore her uniform pants as well as her shoes. She darted a look at John who was looking at her pants and shoes and said, “They said to hurry o.k.?”

She turned her attention back to the boy and smiled, “Hi, what’s your name sweetheart. My name is Shannon. Would it be all right if I come over and help you get out of those things?”

John watched as the boy visibly started to relax a moment. This time he nodded his head a couple of times. Shannon edged over to the bed and kept talking to him as she worked to free his hands and feet. John moved over to help with the right foot. “Can you tell me your name sweetie so we can tell your momma and daddy where you are?”

The boy looked around as if afraid someone else would come in. “It’s o.k. no one will hurt you anymore. The bad man has been taken away.” Shannon said reassuringly.

“My name is Jack.” He said with a tear in his eyes. “Am I really safe?” he asked in a small voice. Finally, his wrists and feet were free, Jack sat up and climbed into Shannon’s lap where he curled into a ball and cried.

The ambulance crew finally arrived; thankfully, they had sent two women to take him to the hospital. Emily, a short red haired woman and Jackie, who John always thought looked like a younger version of Bo Derek, gently loaded him onto the gurney with IV fluids hooked up and gently talking to him to find out more about him.

“Shannon, you go with him and get as much information as you can from him. We gotta find out where he came from. Give me your report when you get back to the station.” John said as they went by.

“You got it Sir,” Shannon said,

One of the EMT’s names Emily said, “You better hurry, we just gave him a mild sedative.”

“You couldn’t wait a few minutes for O’Neal to ask a few questions?” Dan asked angrily.

“Hey, this kid has been through enough, he is in severe shock, malnourished, and God knows what else has been done to him. My job is to take care of my patient; your job is to investigate what happened here.” Emily shot back at him with sparks in her eyes. Dan knew enough to shut his trap when confronted with a short angry red head like Emily.

Emily was good at her job and was very protective of her charges, especially children. She had been on the crew ever since John could remember. John chuckled as he watched Dan head back upstairs mumbling under his breath. One would think that after this many years of working with Emily in these situations Dan would learn to not question her judgment.

With the techs moving in to collect the evidence in the room Jack had occupied, John went back upstairs to the attic. John looked around the room upstairs, there were four doors leading away from the main hallway. Three stood open while the fourth remained closed.

“Dan, did you check this one out?” John asked, walking over to it.

“Yeah, no bodies in there, just chairs and a table,” Dan said over his shoulder as he continued to take notes.

John opened the door and shone his flashlight around the room. There were slats of boards over the window that only allowed small slivers of light to shine in. The rest of the room sat shrouded in shadow. A table with six chairs was sitting in the middle of the room just like in the other rooms. The difference here there were no bodies. He shone the light around the walls hoping to find something more there.

A picture across the way on the far wall caught his attention. He walked over to get a better look at it. The picture was old, at least thirty years old or so. In it a small boy sat at the head of the table of what looked like a birthday party. Instead of a happy face, the boy looked to be crying. The other kids were laughing and pointing at the small boy. John quickly turned back to the table in the room and counted the chairs. “I’ll be damned.” He strode out of the room looking for Dan.

“Dan, I think I know what this is all about. That other room where there were no bodies was his next attempt at recreating his birthday that went wrong. He is punishing those other children for laughing at him for whatever reason the sicko came up with in his twisted mind.” John said as he walked up to Dan.

Rick came up the stairs, spotting John he headed towards him. “Sir, I found out who our guy might be.” This is the Durbin family estate and has been in the family for over one hundred years. The last Durbin was a nephew of the original family by the name of Frank Durbin. He has been staying here ever since his aunt and uncle moved to Florida for warmer climate. Frank has been living here for the last fifteen years or more.”

“What’s with all the other names on the letters downstairs?” John asked.

“Well, from what I can figure he has been renting out rooms on the first floor to elderly and transients. The thing is, we can’t find any trace of them. We have been asking neighbors and they only see Frank coming and going.

“Call in the cadaver dogs Rick. I have a feeling this is gonna be a long day.” Dan said, rubbing his face over his hands.

“Jesus Dan, the news people are going to have a field day with this.”  John said as he looked around again.