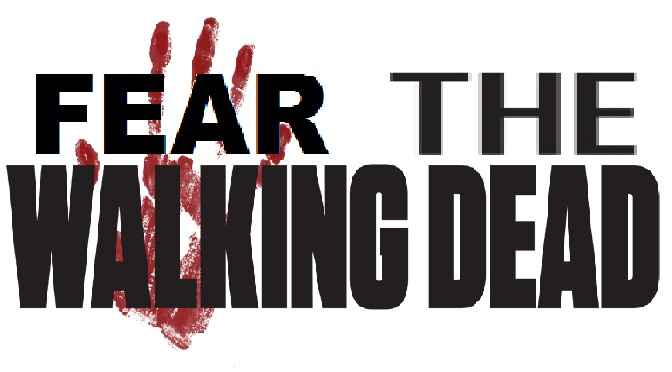 This weeks episode of Fear the Walking Dead opens with Chris up on the roof recording with his camera what has been happening to the city around them. The burning of houses, the putting up of the fence to keep them all safe. The military taking over their area and doling out rations to each family who are considered the “Lucky ones” to be living in the safe zone. It’s been 9 days since the military arrived and still no more medicines, no steady electricity and no outside news or contact. He sees a reflection from a house outside  in the dead zone.

Now here is the part I think most people are missing when watching this show. This show isn’t like The Walking Dead in that the biggest threat they have are the millions of zombies roaming around. In this story line it’s the PEOPLE they need to fear. Daniel is right to be leery of people and their  “good intentions” . Yes Travis is being naive when it comes to seeing what is right in front of him but hey, most of us like to see the good in people and situations. Does his world get shattered? heck yes!

Nick is being Nick. Yes he is cute for an up and coming young actor. Yes he looks like a young Johnny Depp. But in the show he is a druggie and druggies do what they do. They look for their next fix. They look for their next score. Are they gonna tell you about it? NO, they are going to be sneaky, lie, steal, cheat and anything else just to get it. So please don’t get all upset because he is stealing a dying man’s morphine drip. Really, I would have been surprised if he hadn’t of done it.

Alicia is right to yell at Madison and Travis for acting like everything is normal when it is most definitely not. She knows things aren’t quite right just as Madison does but can’t put her finger on what exactly is wrong. But she is listening and watching.

Madison is going bonkers trying to keep everything together. She feels threatened by the presence of Liza and is trying to keep Nick out of trouble as well as take care of the house while Travis goes for a run and Liza goes to help others even though she isn’t a full fledged nurse yet. Is she unraveling? probably, who cuts through a fence meant to keep your family safe and just leaves it gaping open! That’s like the preacher in the Walking Dead not caring that the gate doesn’t get shut all the way, thus letting in the zombies.

Daniel asks Madison when she comes back what she saw and she tells him. The infected were killed but so were others who weren’t infected. He tells her what the military did to his family in his village when he was a child. Does he trust the military? No. He tells Madison to take care of Ophelia if he and his wife don’t come back.

Ofelia is a grown woman but she knows she can possibly get some medicine for her mother. One of the soldiers happens to fancy her. Is she really taken with him or is she using him to get information and medicine for her mother. We will see on that front. Call her what you want but sometimes you gotta do what you gotta do to get medicine, food, supplies or help for your family and loved ones. It’s not like she has anything else to bargain with and she is only flirting with one soldier. So Maybe she does like him.

Is Travis hiding something about his past? I think so. He has a tribal tattoo on his stomach that really gives him a different look. When he is covered and buttoned up he looks like a meek man. But that tattoo makes him look different. He may not like guns, but I am guessing he knows how to handle them very well.

Why am I talking about people and their motives for doing what they are doing instead of rehashing blow by blow of the 4th episode? Well basically I figure it’s being discussed over and over on Facebook and other sites so I wanted to dig into the why’s of what they are doing. I think the producers are wanting you to know that when the world hits the fan, before you start worrying about the zombies, you should be wary of some live people’s intentions instead. Yes I think Travis and group drew the short straw when they got a military group to watch over them. Do I think all military are acting in this manner? No. So in the end Travis sees the flash that his son Chris was talking about up on the roof followed by gunfire flashes. Is he shocked and scared? Yes, should he be? Yes.

Grizelda has been taken to the hospital by the Dr. who just showed up and is busing all sickly and possible threats to the community outside into another camp including Nick. Liza goes with because she has seen that Nick was taken and Daniel was denied to go with his wife. Liza knows something is not right when she sees this and wants to protect Madison’s son.

So will we get to see Nick again? will they dry him out with the proper meds? Or will he be zombie bait along with Grizelda and the others who have been taken. With only two episodes left they have a lot to cram in before taking a break! So stay tuned and find out which is scarier, the walking dead, or the living.

Fear the Walking Dead airs on AMC in the US at 8 p.m. CDT